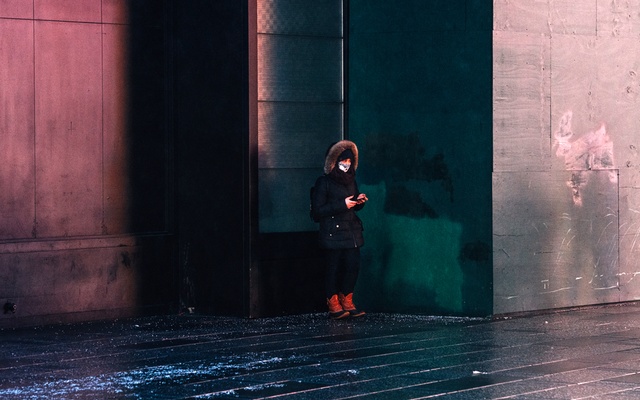 The return of those employees to their offices has been halting and difficult. Last fall, Fifth Third Bank began bringing back workers but soon reversed course. LendingTree, which is moving from the suburbs to the city, is waiting for the end of the school year. Wells Fargo has delayed its return to the office several times, telling its employees recently that they will continue to work remotely through at least May 1. And Duke Energy will bring some employees back in June, and most of the 6,000 people at its headquarters in September, when children should be able to go back to schools.

Corporate executives around the country are wrestling with how to reopen offices as the pandemic starts to loosen its grip. Businesses — and many employees — are eager to return to some kind of normal work life, going back to the office, grabbing lunch at their favorite restaurant or stopping for drinks after work. But the world has changed, and many managers and workers alike acknowledge that there are advantages to remote work.

While coronavirus cases are declining and vaccinations are rising, many companies have not committed to a time and strategy for bringing employees back. The most important variable, many executives said, is how long it will take for most employees to be vaccinated. President Joe Biden on Tuesday said that the United States was “on track” to have enough vaccines for every adult by the end of May.

Another major consideration revolves around the children of workers. Companies say they can’t make firm decisions until they know when local schools will reopen for in-person learning.

Then there is a larger question: Does it make sense to go back to the way things were before the pandemic given that people have become accustomed to the rhythms of remote work?

“Everyone has different comfort levels with coming back,” said Chuck McShane, a senior vice president at the Charlotte Regional Business Alliance, an organisation that has helped lure businesses to the area. “For some companies, it depends on the type of work you’re doing and whether you can remain at home. But a concern about continued remote work is, how do entry-level workers get socialized into the office culture?”

About a quarter of employees across the country are going into offices these days, according to Kastle Systems, an office security firm that gets data from 3,600 buildings in the United States.

Many companies, paying to rent empty office space, are eager for that number to rise. Their executives believe that having employees working side by side improves collaboration, supports the development of younger employees and nurtures the heart and soul of any company — its culture.

That’s why some managers like Mark Rose, chief executive of Avison Young, a commercial property consulting and property management firm based in Chicago with offices around the world, are asking employees to return to the office in April.

“You’re not going to be fired or written up if you don’t come back, but it is the expectation that, subject to local laws, and subject to your individual issues, that you start to make your way back,” Rose said about his 5,000 employees. “It absolutely is going to be an expectation.”

A mass return to the office would, of course, be a boon for commercial real estate companies like Avison Young. Landlords, whose revenues are under threat as corporations move out or reduce the amount of space they rent, would breathe a sigh of relief. Many tenants have more space than they need. In Manhattan, the amount of sublet office space available to rent surged nearly 50 percent last year and is currently 27 percent of all available space, the highest share since the period right after the 2008 financial crisis, according to Savills.

Moreover, a return to the office would help revive city centers that have been ghost towns for months. Restaurants and bars could start hiring again, and returning commuters could generate much-needed revenue for struggling transit systems.

The course of the pandemic has largely dictated office attendance. That number crashed in March and April last year as the pandemic took hold and started slowly rising in the late spring, according to Kastle. Another surge in infections after Thanksgiving drove occupancy down, but it appears to be on an upswing.

There are big regional differences. In large cities in Texas, more than a third of workers are back, while the New York, San Francisco and Chicago areas remain below 20 percent.

Some of these regional differences might be explained by how people get to work.

“In places where people are commuting through public transportation, we know that makes people much more vulnerable to COVID because of the sheer presence of others, compared to if you’re commuting in your own car,” said Tsedal Neeley, a Harvard Business School professor who studies remote work.

Some companies that have begun trying to get workers back to the office — like Vivint, a home security business based in Provo, Utah, that has more than 10,000 employees across the country — say they are doing so on a voluntary basis.

Vivint is allowing 40% of its 4,000 employees in Utah to return, although only about 20% have chosen to do so regularly. The company has required some call center workers who are “struggling to deliver on their calls” and need additional coaching to come in.

To accommodate social distancing, Vivint has restricted access to each building to a single entrance, where employees have their temperature taken. Signs remind employees to wear masks at all times, and the company has limited capacity in conference rooms.

Vivint also has an on-site clinic that has been offering 15-minute rapid virus tests to employees and their families.

“It’s super important for our ability to give peace of mind to our employees,” said Starr Fowler, senior vice president for human resources.

The company hopes to use the clinic to distribute coronavirus vaccines to its workers, when Utah allows it to do so.

Some businesses like Davis Wright Tremaine, a Seattle-based law firm, have said workers who want to return to the office must be vaccinated. But others like Duke Energy have said they are trying to encourage, not require, vaccinations.

As an incentive for employees to get the vaccine, Duke Energy is providing “health reward points” for vaccinated employees, similar to points that employees receive for getting a yearly physical or not using tobacco, said Neil Nissan, a Duke spokesman. Those points can reduce employees’ monthly health insurance costs, he added.

The company said the pandemic would most likely have a lasting effect on how it operates.

“We’re going to have a hybrid working model,” Nissan said. “Some days, an employee will be in the office, and other days, they’ll be working remotely. It gives employees flexibility and keeps everyone from being there at the same time.”

More than 55 percent of people surveyed by the consulting firm PwC late last year said they would prefer to work remotely at least three days a week after the pandemic recedes. But their bosses appear to have somewhat different preferences — 68 percent of employers said they believed that employees needed to be in the office at least three days a week to maintain corporate culture.

Salesforce, the software company based in San Francisco, recently earned praise from some people when it said that most of its employees would be able to come into the office one to three days a week — an approach the company described as “flex” — once the pandemic is no longer a public health threat. The company would not say whether it now needed less office space.

But other companies ultimately want all or nearly all employees back for most of the week — and are telling workers that their careers could suffer if they don’t return.

Rapid7, a cybersecurity company based in Boston, will expect workers to come back to the office at least three days a week when it determines that it is safe to do so.

“We really believe that our in-person workplaces foster our culture and our core values,” said Christina Luconi, the company’s chief people officer.

Employees who choose not to return to the office could face professional repercussions, she said.

“We’re not saying we’re going to stagnate your career intentionally,” Luconi added. “But if you’re the odd person out when everybody else is back together, that may be challenging for you.”

Still, this discussion is somewhat theoretical. Rapid7 has not yet set a return-to-office date, and Luconi said it would wait to do so until vaccines were widely available. The company is leaning toward allowing only vaccinated employees back into the office.