Speaking at a media briefing on Tuesday, Foreign Minister AK Abdul Momen said the use of Bangladesh’s communication system was a major part of the discussions during Nepalese President Bidya Devi Bhandari’s visit to Dhaka.

Bhandari arrived in Dhaka on Monday on a two-day visit to join the celebrations of the birth centenary of Bangabandhu Sheikh Mujibur Rahman and the golden jubilee of Bangladesh’s independence.

She and her Bangladeshi counterpart Abdul Hamid also over the signing of four memoranda of understanding (MoU) between the countries at Bangabhaban on Monday.

Earlier in the day, Bhandari met with Prime Minister Sheikh Hasina before attending the event at the National Parade Ground. 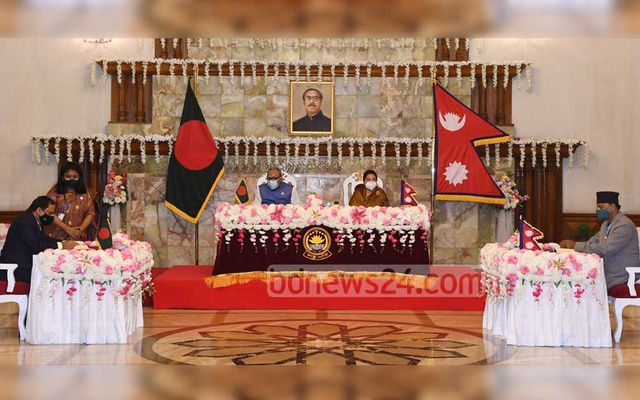 In addition to tourism, sanitation and cultural exchanges, the initial deals between the two countries also include an instrument on rail transit.

Foreign Minister Momen said a Letter of Exchange (LOE) has been signed between the trade secretaries of the two countries to include the Rohanpur-Singhabad rail link point as an adjunct to the protocol of the Nepal-Bangladesh transit agreement of 1997.

During Hasina’s visit to India in 2010, it was announced that landlocked Nepal and Bhutan would be given access to Bangladesh’s seaports.

“Nepal is interested in using Chattogram, Mongla and Payra seaports. In this case, the two countries have agreed to take forward the work of determining the modalities. ”

Aside from using Bangladesh’s inland shipping network, Nepal is also interested in establishing a direct air link between Syedpur Airport and Biratgarh or Bhadrapur. “Bangladesh welcomes both proposals,” said Momen.

“Other than the existing routes, the possibility of incorporating some new routes is being explored to implement the BBIN Motor Vehicles Agreement signed between Bangladesh, India, Nepal and Bhutan in 2015. 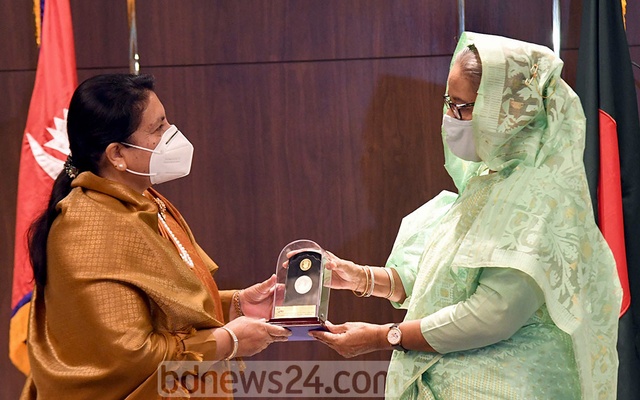 “Bangladesh and India have already agreed to sign the trilateral passenger protocol to the agreement. We hope that Nepal’s consent will be obtained soon. ”

Responding to a question on the issue, State Minister for Foreign Affairs Shahriar Alam said, “We have received the consent in principle from Nepal and India. They are ready to sign the instrument.”

“But Bhutan’s parliament has not yet approved it. That is why we are proceeding with the initial stages of the work among the three countries. Bhutan may join later.”

Stating that the work on a preferential trade agreement (PTA) between Nepal and Bangladesh is currently in its final stage, Foreign Minister Momen said, “Bilateral trade will greatly increase if it is signed. We hope the agreement will be signed soon.”

President Bhandari has also called on Bangladesh to import hydropower generated in Nepal, according to Momen.

A meeting of the steering committee at the secretary level and the executive committee on power generation and distribution have already been held under an MoU signed between the two countries in 2016 to expand cooperation in the field of hydropower. Both sides expressed hope of increasing cooperation in the hydropower sector in the future.

“Under the direction of Prime Minister Sheikh Hasina, the government wants to transform Bangladesh into a gateway or multimodal connectivity hub for the whole of South and South-East Asia. Therefore, various initiatives are underway to open and facilitate Bangladesh’s cross-border transport link with its close neighbour Nepal.”